Cate Blanchett, Yvonne Strahovski and Dominic West are set to star in “Stateless,” a six-part TV series about people stuck in an immigration detention center. NBCUniversal will handle worldwide distribution on the drama, which is being produced by Blanchett and her husband, Andrew Upton, through their Dirty Films banner, alongside the Australian Broadcasting Corp., Screen Australia and Matchbox Pictures.

Production begins next month at Adelaide Studios in South Australia. Major production funding comes from Screen Australia and the ABC, with additional financial support from the South Australian Film Corp.

Co-created by Blanchett, Tony Ayres and Elise McCredie, the series centers on four strangers — a flight attendant escaping a suburban cult, an Afghan refugee fleeing persecution, a young Australian father escaping a dead-end job and a bureaucrat caught up in a national scandal — who are stuck in an immigration detention center in the Australian desert. Each character deals with the contradictions of protection and border control from a unique perspective, offering relevant and timely insight into issues that countries are grappling with around the world.

“Whilst this story centers on Australia, the dilemmas that it explores through four absorbing characters will resonate globally: the desire for personal freedom, the need for social stability, an escalating lack of faith in the political process and the deeply unsettling impact this has on individual lives,” Blanchett said.

“We were pleased to support the development of this landmark series, with its all-female writing and directing team, including some of Australia’s leading key creatives,” said Courtney Gibson, chief executive of the South Australian Film Corp.

Check out the new official trailer for season 3 of “The Handmaid’s Tale”! I can’t wait for the show to return.

The gallery has been updated with pictures of Yvonne at the 76th Annual Golden Globe Awards. She looked gorgeous! Sadly she did not win in her category. Big thanks to my friends Maria and Victoria for some of the photos.

Yvonne has been nominated for a Golden Globe for Best Supporting Actress for “The Handmaid’s Tale”! Congratulations to Yvonne on her well-deserved nomination!! 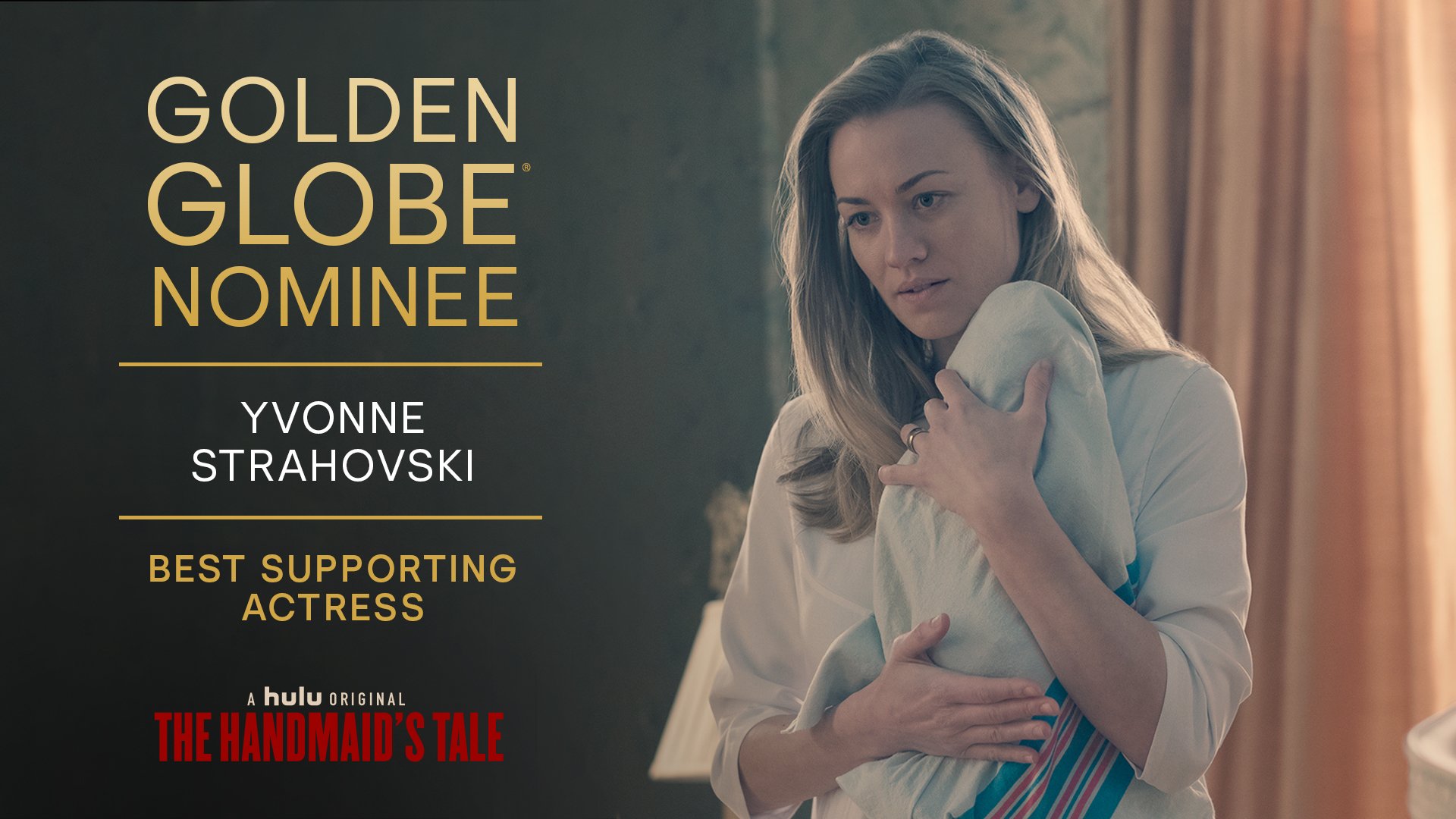 Last week Yvonne attended the 2018 Hulu Holiday Party. She looked lovely! The gallery has been updated with pictures of her at the party.

Yvonne is in attendance at the 70th Annual Emmy Awards this evening. She is nominated for Best Support Actress! Fingers crossed she wins. She deserves it! The gallery has been updated with pictures of her at the awards. She looks absolutely gorgeous! More pictures will be added later.

The Handmaid's Tale is the story of life in the dystopia of Gilead, a totalitarian society in what was formerly the United States. Facing environmental disasters and a plunging birthrate, Gilead is ruled by a twisted fundamentalism in its militarized ‘return to traditional values'.

A look at how four peoples' lives are deeply affected by the world's current immigration systems. .

A man is drafted to fight in a future war where the fate of humanity relies on his ability to confront his past.

Theme by Sin21
Header by Kay
Hosted by FanSt. - DMCA
Founded by Kay & Aud
Established on May 26, 2014
Disclaimer | Privacy Policy | Cookie Policy
Yvonne Strahovski Online / Theme by Sin21 / Back to top / Homepage
All images, articles, videos, etc. are copyright to their respective owners and no copyright infringement is intended. Please contact us if you have any questions or if you would like certain content or images removed. This is a 100% non-profit fan website made by fans for fans. We have no affiliation or contact with Yvonne Strahovski or her management. This site simply exists to support Yvonne’s career.